REPRO FREE
Emma Murphy from the Railway Union team from Sandymount Dublin in the Line-Out at the The Heineken Kinsale 7s over the May Bank Holiday weekend.
Picture. John Allen

2016 HEINEKEN KINSALE 7s KICKS OFF
The Heineken Kinsale 7s takes place in Kinsale over the May Bank Holiday weekend, 30th April & 1st May and is always a popular festival for players and supporters with thousands of visitors expected in the seaside town.
Now in its 28th year, the Heineken Kinsale 7s is Ireland’s largest rugby 7s tournament and builds on its success each year. It promises to be an action-packed weekend of competitive men and women’s running rugby for an attractive prize fund, trophies and medals.
Kinsale RFC welcomes the Rah Rah Roosters from The Netherlands, the Wooden Spoon Marauders and Forces Exiles from the UK and two Dublin teams, The Wild Geese and UCD to the Men’s Elite Competition.
Defending Men’s Open Champions, The Lightning Bolts return to Kinsale in the hope of making it ‘four in a row,’ with players from Dublin and the UK. However, there are a number of teams keen to take them on, including the Session Mott’s from Kilkenny, Lloyds RFC from London, Lettuce Entertain You from Dublin and host club Kinsale RFC.
The Men’s Social Competition mixes quality 7s rugby with some fantastic fancy dress and great craic off the pitch too. The Cookie Monsters, The Ruckaroos, The Baa Baas, Topsham Tourists and Prestige Worldwide are just some of the social teams participating over the weekend.
In the women’s competition, the French Navy team and WRR Ravens, an invitational side from Canada and Ireland return to the Kinsale 7s this year as do The Pink Ladies, You Well and the Bandon Avengers. An IRFU development team that is sure to cause great interest and excitement throughout the tournament.
Pat Maher, Event and Sponsorship Manager, Heineken Ireland said: “Heineken, alongside our business partners in Kinsale a 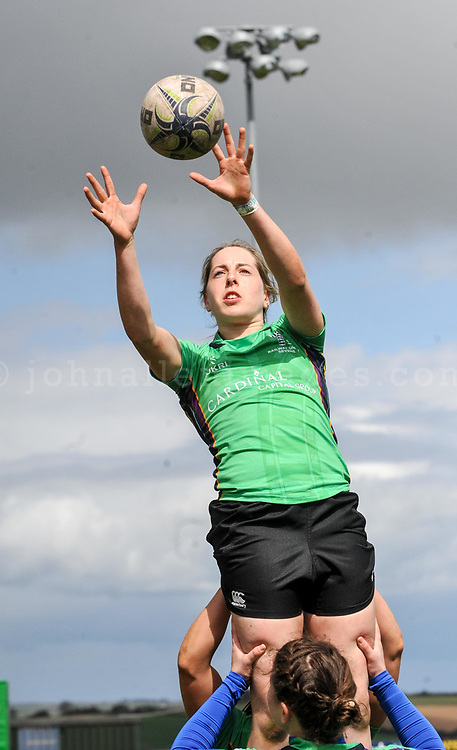