REPRO FREE
Katie Heffernan from the IRFU Development VII on her way to scoring a try in their 40-5 defeat of Railway Union to win the 2016 Hayes Caravan Services Women’s Cup at the The Heineken Kinsale 7s over the May Bank Holiday weekend.
Picture. John Allen

Pat Maher, Event and Sponsorship Manager, Heineken Ireland said: “Heineken, alongside our business partners in Kinsale and surrounding areas, are delighted to continue our long association with this fantastic event over the May Bank Holiday weekend.”
Tomás O’Brien, Tournament Director, thanked all sponsors, associate partners, club members and volunteers for their continued involvement and support. “The Heineken Kinsale 7s generates a huge boost to Kinsale Rugby Club and the local economy and is staffed entirely by volunteers. I wish to thank Heineken, Kukri Ireland and all our partners and volunteers for their continued support. We look forward to welcoming all teams and visitors to Kinsale this year,” said Tomás O’Brien.
Kukri Ireland is the official event wear for the Kinsale 7s again this year. There is 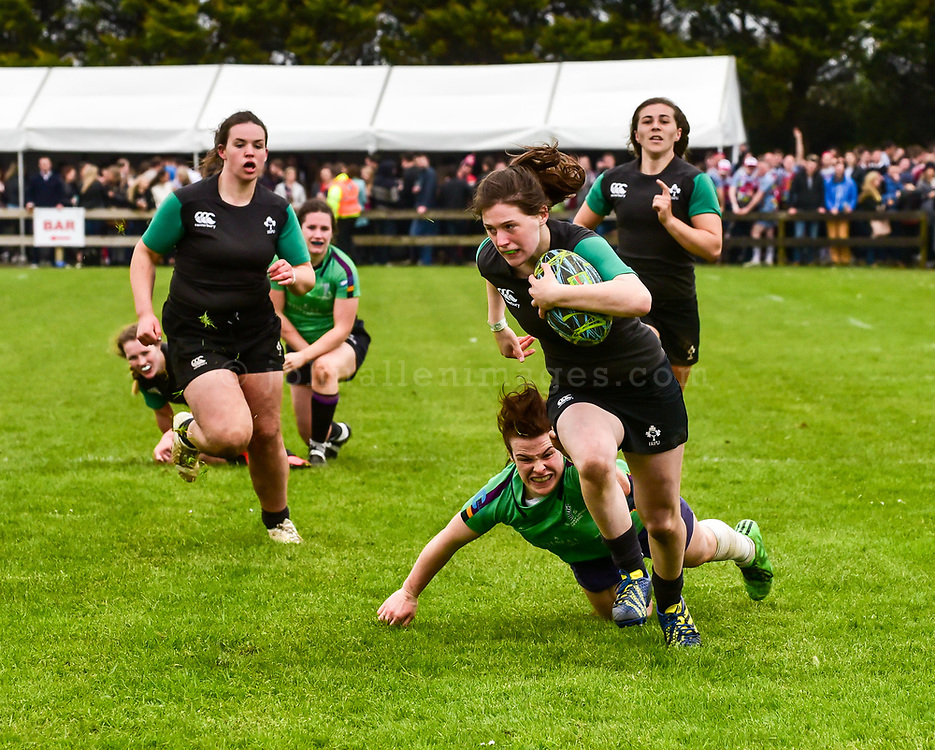