REPRO FREE
Barry O'Neill and Dara Lynch from Kinsale in the cabin of the Irish Community Rapid Response (ICRR) Air Ambulance as it visited Madden Park in Kinsale at the weekend. Based in North Cork the first community air ambulance in the country will serve Munster and South Leinster delivering critical medical interventions within “the golden hour,” meaning the time period during which there is the highest likelihood that prompt medical treatment will prevent serious injury or death.
Picture. John Allen 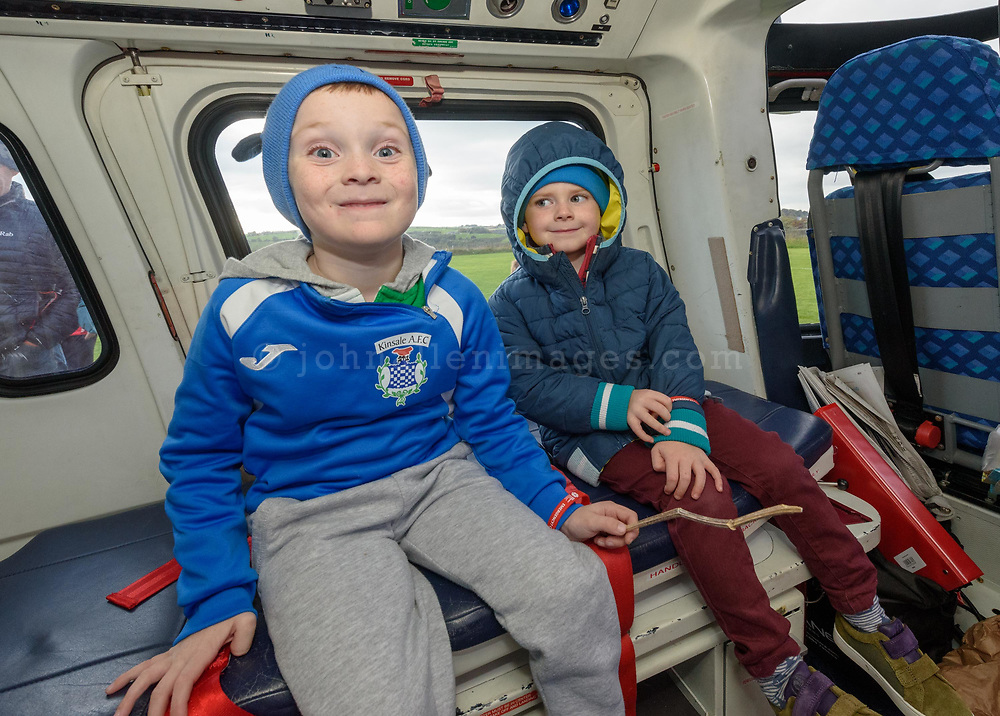